Last session in Belswick, the players vanquished Xiximanter the Lich and finally cleared the Tomb of the Serpent Kings. Hoorah! Now they deal with the aftermath in a length downtime session, which ends with a double botch and sudden PC death. I already ran part of this haven turn for two players in a mini session for 2 players; this time, we pick up with almost the entire group - our wizard couldn't make it.

IN CROSSROADS AND BEYOND, war with Arrayne is in full swing. Soldiers pass through, taxes are raised and whispers talk of dangerous spies from the southern kingdom. Crossroads fares well: the town has grown since winter with new shops and inhabitants who are turning the town into a supply point for the war.

THE PARTY STARTS OUT in the lab of Xiximanter the Lich in the Tomb of the Serpent Kings. As the roof starts to crumble and collapse, Tilly races to rescue as many artifacts and books as he can. Helped by Shams, he saves a few books, but heavy rocks knock the talking alchemy set containing parts of Xiximanter's soul out of his hands. Choosing wisdom over valor, the pair exit the collapsing lab. The rest of the tomb seems stable enough.

INVESTIGATING THEIR HAUL, the party puts the following on the table as Tilly manages to wrench their secrets out of the ether with identify spells:

Xiximanter's Spellbook in Du'van, worth 3250 for the spells alone and at least double that to the right collector - Order of the Scroll, Order of Light or Lodge of Augurs & Diviners:

LOMIN the Elf Rogue talks to lord Haine Kerjules about the lord's upcoming wedding to Olga of Culfield - Lomin's alter ego. Lomin confesses he has been playing Olga's role since she died 2-3 winters ago. Kerjules is distraught - if this comes out, his name is ruined! Without asking for huge bribes or favours, Lomin suggests that "Olga" can pass away soon after the wedding, making sure that the secret is safe.

There is a sickness in fief Culfield. Animals and serfs are winded and lightheaded - bad air from Witmarrow swamp? Manuel the steward, haggard and pale, gives Lomin a letter "for the priest". He explains he doesn't know what's inside or who gave it to him. He explains he was assaulted on Candle Night and given this missive for Tilbord. Lomin promises to take the letter to Tilly, as Manuel is working day and night to pay the war taxes and keep the estate running.

Lomin's brother Urael, roving bishop in the order of the scroll, visits Lomin with a proposal. Not only is Urael looking into Azrael--sorry, Lomin's claim that he was framed for murder by their own brother, he can help make the wedding go smoother. Urael is willing to use magic to make it seem that Lomin and Olga are both present at the wedding. No price is discussed.

SHAMS THE DWARF ELDRITCH KNIGHT gets her armor and shield repaired, is inducted into the Marble Library of the dwarves by her aunt Tole, and visits potionmaker Annabelle to stock up on healing potions. Weirdly enough, the potionmaker doesn't seem to recognize Shams or remember her being rescued from the bandits in the Serpent Tomb. (For that matter, where did that Annabelle go?)

TILLY THE BARD/CLERIC/WARLOCK is busy starting up his orphanage in fief Crossroads. He is happy to get help from the nun Moira the mouseling of the Order of the Scroll. Tilly's mentor Father Eustace has been having trouble taking care of the Sleeping Priest Hieronymus in the northern woods. Luckily, Mother Iranelle of the Order of St Kurelda is passing through to lend an hand. Always fun to talk with the inquisition when you're an arch-heretic!

Iranelle's titanic bodyguard is one of the dreaded Scarlet Guard of the Archbishop Hector himself. Its armor reminds Tilly of a deviant design powered by stolen souls he once saw, but when he tries to investigate, the guard cruelly grasps Tillys hand and shoves him back, hand on the hilt of his enormous greatsword.

MORTI THE GNOME ARTIFICER is busy investigating the resurrective sarcophagus left in the Tomb of the Serpent Kings. He wants to turn it into a walking tank with parts scavenged from his clockwork rhinoceros Uni. It turns out that there are control gems missing. "Crucial control rods missing", hiss the Du'van serpent folk runes; "continue anyway?"

By happy accident, Lomin has found a couple of the gems "in the dirt" and is willing to sell them to Morti. Together with the wizard Fergus the Augur - Guy's mentor, now happy that his tower can finally be built with stones from the Tomb - Morti manages to create enough copies of the control gem to repair the sarcophagus.

Gems in hand, the gnome returns to the Tomb of the Serpent Kings to finish his new invention. The dwarves quarrying there are eager to get the gnome and his foolish contraption out of the way! Which side of the crystals goes where though? Messing around, Morti rolls poorly and gets zapped with arcane energy. As he flips the gems around, I ask him for one last Arcana check - with advantage, because he's been very careful so far.

Morti's first Arcana roll is a 1. Red light begins to glow inside the sarcophagus, quickly shifting up via orange, yellow and green to blue-ish purple. From behind him, Morti's almost-intelligent Green Book of Inventation mutters "oh no, and this one was showing such promise..." Luckily, advantage means you get to roll twice and keep the higher!

Morti rolls...a second 1. The jagged light from the sarcophagus quickly dopplers beyond violet straight into a blinding flash of octarin...and as the light fades, the entire room is empty.

Morti's player had told me he was interested in trying out a new character. We weren't quite ready yet to make the switch, but a double botch like that with an ancient arcane device has to be rewarded somehow! Goodbye Morti, I would have loved to see more of you. And maybe we will? After all, they didn't find a body...

As we start to fade to black, a last scene. Everyone is in their respective bed sleeping or trancing, as a raspy whisper curls into their ears. "You bastard...you killed me! Not once, not twice, but thirty times!"

Standing at the foot of each bed, half transparent with hate-yellow eyes and bearing the wounds of all the executions his clones were put through, is Brent the Bandit, cloned and murdered and now back from the dead one last time to get his revenge! 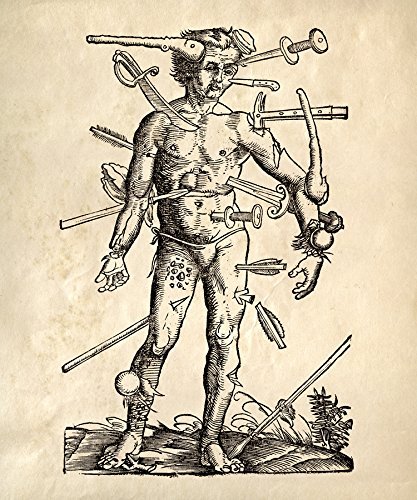 POTIONS THAT ANNABELLE CAN BREW