Slight case of DM panic these last few weeks. Traveling through Iceland gave me lots of ideas to use in-game - if only that game were Dark Sun, or Night's Black Agents, or Werewolf, not our ongoing Eberron game. On top of that, I sort-of-promised rpg blog legend Jeff Rients a post on introducing new people to roleplaying.

Not only do I need to prep someone's first session and have it be awesome enough that they want to step into this hobby, I also have to write a coherent piece of text about it. It's turning out to be embarassingly hard, for someone who writes popular science for a living. Let's get this done so I can start posting fucked up ideas I got from the land of ice and fire.

In a bit, I'll have the pleasure of introducing a bunch of people to RPGs. How do I set up an intro game so that they come back for more? Lucky me, there were two recent blogposts just about intro games. Paul reported on a game for new players he set up at his local library. RPG blogging legend Jeff Rients just ran nine (!) new people through his megadungeon Vyzor. He was even kind enough to write up extra advice when asked - in only a few hours' time, I might add.

Roleplaying buddy R. plays Warhammer with a bunch of colleagues and he suggested we run them an intro D&D game. The task before me: to introduce a group of Warhammerers to D&D (or my approximation thereof). These folks are almost roleplayers: they know tactical games way better than I do (frankly, not my favourite part of DMing), they know about imagined worlds full of weird and complex backstories. They have experience going through lists of character options and building an effective machine to tackle a challenge; maybe they even have in-character narration going on while they shoot the crap out of each other's minis.

But do they know roleplaying - what's so different and how to highlight it?

Jeff's advice is to stay away from the tabletop battles with minis and keep everything in the mind's eye. Simplify the rules because they should be playing asap, not reading attack of opportunity diagrams or grappling charts. Sold, with thanks!
What else?

Speaking for myself, my game -any game I play- ideally has that weird mix of acting out a part in a shared story, bullshitting your buddy because lol, he botched *again* and now the basilisk petrified his left ass cheek, bitching about the random number god messing up your game, and knowing when to crack open the rule book, go by what the DM can be arsed to remember, or just make an on the spot ruling. This goes way beyond RPGs. 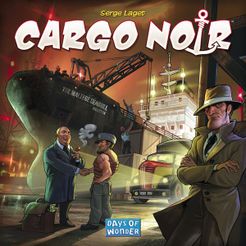 Case in point: half a year ago we had a couple of my wife's fellow PhD students over for a game of Cargo Noir. Outbid each other for contraband, grow your shipping fleet, buy status symbols such as night clubs, yachts or politicians, and may she who has the most impressive bling win. Two rounds in, one of the more rules-oriented players has more contraband than he can store. Rules say: discard the rest. Fellow player says: I'll store it - for a price. "Can we do that?" Instead of breaking out the rulebook, we spin a little tale of how player A just got an Offer He Cannot Refuse from player B - and a turn later, they're trading options on future gains and scamming each other like they work on Wall Street. It's not in the rules; in fact, it seems forbidden. But damn if that didn't make the afternoon switch from game theory to gaming with friends.

Of course, clearer minds (or maybe "more interesting heads") than mine have already written about this.

If I read Zak S right, his essence of roleplaying is the sum of hanging out with friends, playing a game and acting out a role - in a constant back and forth of how serious you take it all. He calls this fourth ingredient distance. I translate that as taking it all with a pinch of salt and going with what makes for a fun couple of hours with friends.


"Fun" doesn't mean the DM softballs everything so that the players can have a win each time. A hard challenge can be very rewarding. It does mean I tend to prep lightly and make up half the session at the table to match the way the game is flowing. It means sometimes I let myself get roped into the latest crazy idea the players have, rather than always force them to live down a "realistic" turn of events. Or to get them to the "right" outcome. Not that I have any kind of track record in predicting what players will do. They tend to go off the rails two lines into my prep, and not notice (or mind) me ad-libbing until the end of the session. 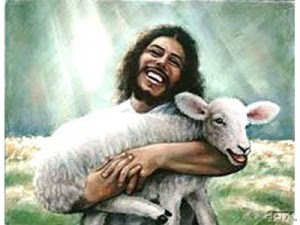 In the end, I want to be surprised and have players be surprised by all the ideas flying around the table. Even if those ideas are of the "the ranger will romance the sheep so she tells us if the farmer is really a necromancer" variety.

What I need to do in that first session

Thanks again to Paul and Jeff, here's my list of resolutions for the intro game:

Is that it? I'll just have to see. Any thoughts and suggestions welcome. More to come when this intro game gets planned, prepped and played!
Posted by Oorlof at 21:52